My friend Latfy asked me over WhatsApp where I'm going for my Friday solah. I responded with "Brickfields", but thinking that a change of place would be nice I  added "where would you like to go?" in an instant.

Never a dull moment when spending a couple hours or two with creative people. So at the back of my mind I considered a place where it would be halfway between my office at KL Sentral and his home in Ampang. Plus a place to have lunch of course. Short of knowing interesting that would fit the criteria, I suggested KLCC.

Latfy suggested UIA's ISTAC instead, and he offered to pick me up at KL Sentral. Cool, I thought, as I have only heard of the place but had never been there.

Latfy arrived and we set off to ISTAC with the help from Waze for navigation. Something was amiss when he realized that the route was strange and not leading to where he intended to go (Waze does that sometimes, so it could be normal). Anyway, he eventually steered into a familiar road which brought us to the intended destination. Well it turned out that the place is actually UIA's IIBF at Damansara Heights
:)

I really enjoyed the drive along the quiet road with big trees and minimal traffic en route, so no complaints from me. As usual, there's an element of surprise and I always learn something new when spending time with him.

I've never been to this part of Kuala Lumpur, and was pleasantly surprised with the beautiful mosque while revelling at the (Moorish?) architecture and serenity of its surrounding. I fell in love in an instant.

After solah, we went for lunch at BNM's Sasana Kijang as suggested by Latfy. I still remember a few years ago he mentioned to me that the (brewed) coffee there is relatively cheaper compared to elsewhere around KL.

True enough, coffee is cheap, and (simple western) food are good too.
I had spaghetti aglio olio
(RM8) and afogatto (RM3.20) - have to go elsewhere if you're looking for nasi campur, though.
:D

*at the time of writing, the most expensive coffee over there is less than RM4.

I love the simplicity of the café and of course the cheap coffee. No compromise on quality, definitely, but the portion is a bit smaller than what you'd usually get at the price you're paying at similar small café elsewhere.

Anyway, I had a good afternoon out and discovered two of KL's relatively hidden gem today.

Thanks, Latfy. I had a great time. 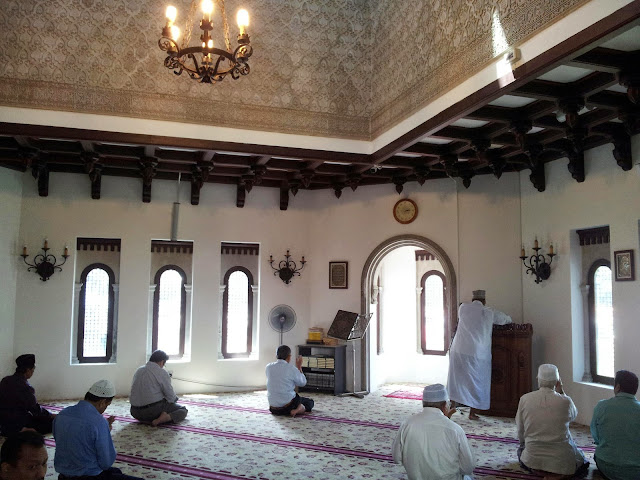 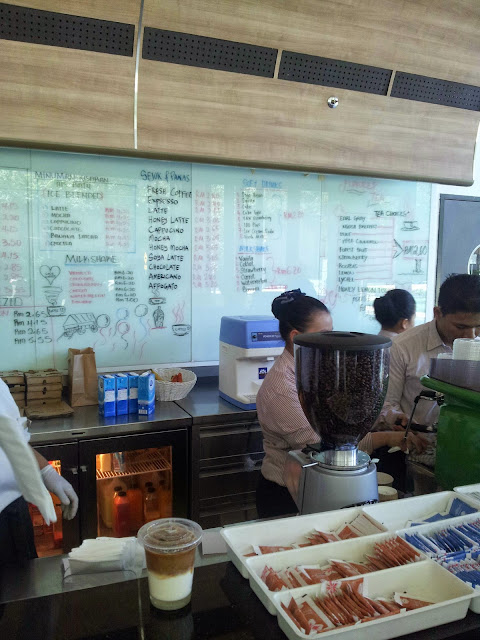 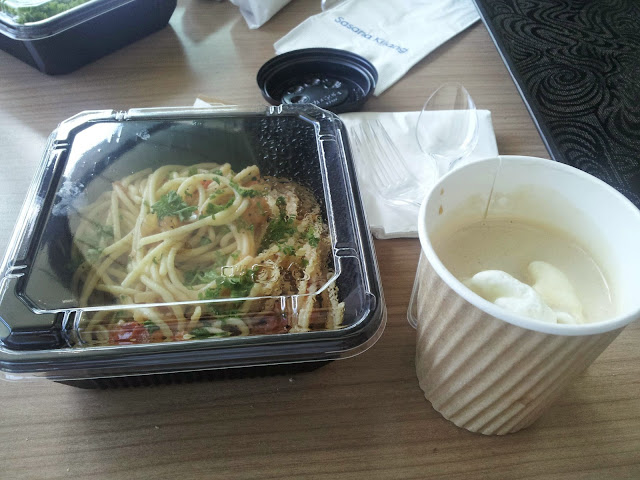 typed thoughts by akmalhizam at 20:21