These past few days I suddenly had the urge of listening back to Counting Crows. Can't really say my favourite band, but I do like their songs. Out of their eight albums, I only have two.

Okay, and also a few CD singles, mainly from their second album Recovering The Satellites (1996).

After dinner just now, I decided to have an hour round of cycling around Seri Alam, for it has been more than a week without cycling. That decision was overthrown by the sudden thought of listening to CC on the stereo at home.

Popped in the August CD into the DVD player. What awful audio coming out of my floorstanding speakers! I made a quick check, and found the source of that poor audio quality. The left speaker's tweeter unit is not working. No treble coming out of it. Hence, the song doesn't come out right, losing it's balance on the high freq audio output.

Well, to think of it, my poor stereo system (we call them 'separates' in the UK, short of Hi Fi Separates) is neglected since a few years ago. Not really being looked at, a far cry from my student days - the time when I acquired the set. Used to check for dust and corrosion monthly (or weekly, depending on my mood). The funny thing was, the separates hype for me sort of ended some time after I came to Johor and started working here. A classic case of lack of environment filled with enthusiasts, diminishing the flame. Seems that I'm alone in the separates world over here.

It was very different while I was in Manchester (and it seems at that time, among friends across Britain). My peers are proud owners of separates. Wealthy people (like Shell and Petronas scholars) own high end systems, while those with not so deep pockets like me own entry to mid level systems. But yes, most of us would have our own separates. So a house with 3 or four students would have 3 or 4 different sets of separates.

Wherever we go and whenever we chat, there would always be an exchange of separates component models being discussed. Usually a blend of long alphanumeric codes decipherable only to the avid students of What Hi Fi (okay, other Hi Fi mags too) and Hi Fi store frequenters. Yeah, I can still remember a few: SL-PG 580A, CD-63SE MkIII KI Signature (that's a Marantz sweet CD Player - drool...), 733i, AE109, Alpha 7, Coda7, Talk4.1.

Back to my problem with the stereo. I have another pair of speakers, bookshelf type that I have not used since my days in KL with Technip. Took them down from the shelf, dusted a bit and propped on top of the floorstanders. Plugged the speaker cable leads into the speaker lugs. Hey presto, Adam Duritz and his band's music plays oh so beatifully coming out from the small speakers.

Time for a repair, that decade-old Mission 733i speaker of mine. I wonder how much it would cost me.
---------------
Here's my current setup for the home theater/stereo separates system:

The intention initially was to have it set up as surround home theater. With Naza always changing the layout of furniture in the house (used to, but not anymore now), it would be a problem to set up the rear speakers in the living room. Anyway, I have only a Dolby Surround amp. The rear speakers would only give mono quality audio output. Nowadays the minimal norm would be Dolby Digital 5.1 which would give independent audio for each speakers for that realism. The center speaker's tweeter dome was poked by Marsya when she was smaller and experimenting his hand-eye co-ordination skills. With that collectively, I settled for only stereo setup for video and audio. 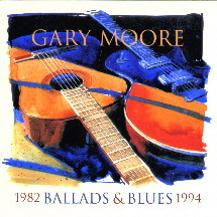 Choosing other old CDs to play, I picked up Gary Moore's Ballads & Blues CD. And, found inside the jewel case the SRAM and Rock Shox small stickers that I've been looking for all these while. Woohoo!

...yeap, there's always something related with cycling, my world nowadays.

typed thoughts by akmalhizam at 22:56

man with the electrical gadgets.. i just don't get it.. up until now.. hehehe.. sorry, me typical lady.

Bebudak US pun sama. But we didn't call it separates. I don't know the exact words, Hi Fi is sufficient for me. Nasib tak beli, nowadays the tech is far more advanced, which would render all the separates as "antiques", or "useless antiques". Heh heh..